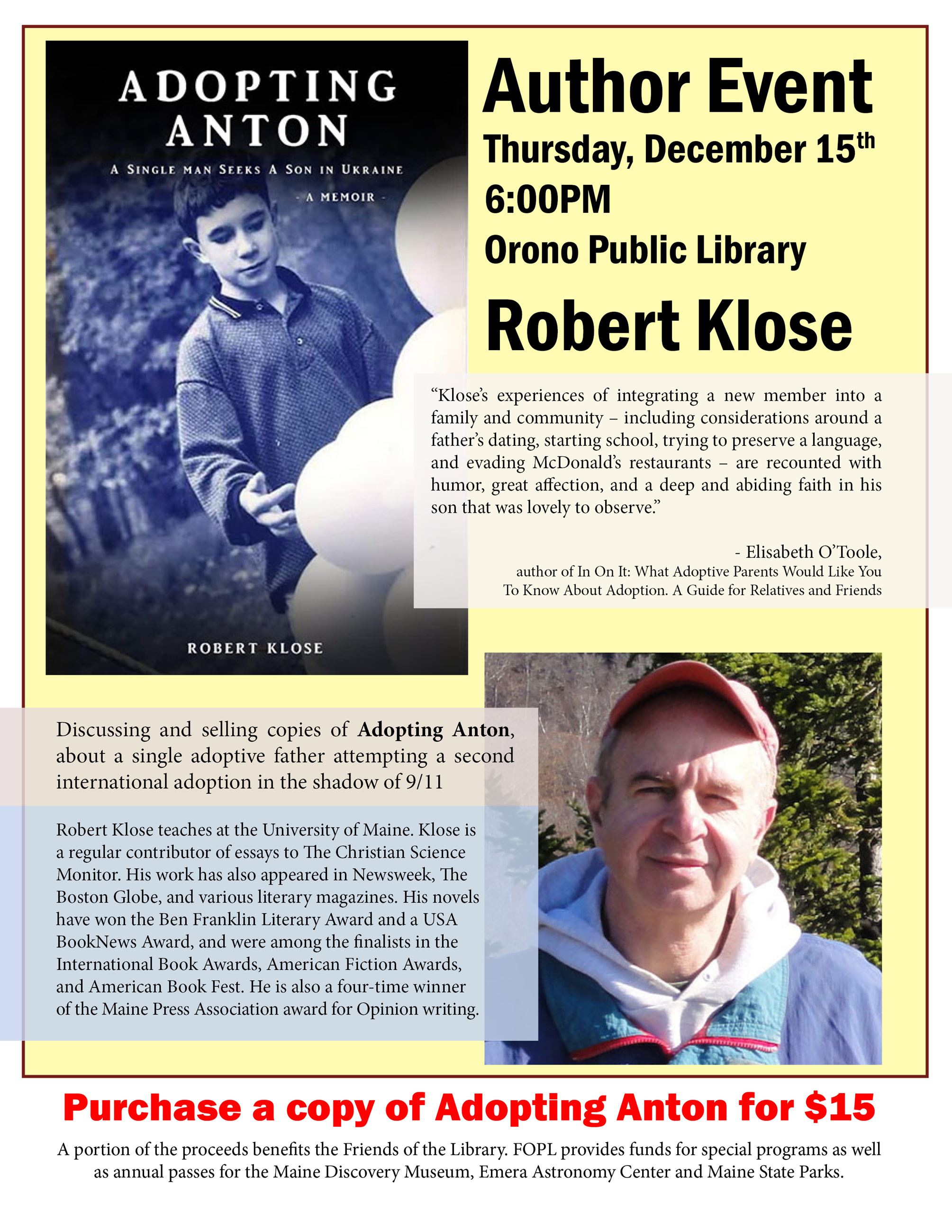 On Thursday, December 15, at 6:00PM, Robert Klose will be discussing his new book, Adopting Anton, about a single adoptive father attempting a second international adoption in the shadow of 9/11.

Copies of the book are now available to purchase at the library for $15 (cash or check). A portion of the proceeds benefits the Friends of the Orono Public Library. FOPL provides funds for special programs as well as annual passes for the Maine Discovery Museum, Emera Astronomy Center, Maine State Parks, Penobscot Theatre Company, and the Coastal Maine Botanical Gardens.

"Klose’s experiences of integrating a new member into a family and community – including considerations around a father’s dating, starting school, trying to preserve a language, and evading McDonald’s restaurants – are recounted with humor, great affection, and a deep and abiding faith in his son that was lovely to observe."

- Elisabeth O’Toole,
author of In On It: What Adoptive Parents Would Like You To Know About Adoption. A Guide for Relatives and Friends

Robert Klose teaches at the University of Maine. He is a regular contributor of essays to The Christian Science Monitor. His work has also appeared in Newsweek, The Boston Globe, and various literary magazines. His books include Adopting Alyosha — A Single Man Finds a Son in Russia, Small Worlds — Adopted Sons, Pet Piranhas, and Other Mortal Concerns, The Three- Legged Woman & Other Excursions in Teaching, The Legend of the River Pumpkins, and the novels, Long Live Grover Cleveland, which won a 2016 Ben Franklin Literary Award and a USA BookNews Award, and Life on Mars, which was a finalist in the International Book Awards, American Fiction Awards, and American Book Fest. He is also a four-time winner of the Maine Press Association award for Opinion writing.